There are six people in my family. Sometimes my grandma comes with us, which makes seven people traveling together. When we travel, wherever we go, we usually rent a minivan. It’s the easiest and most cost effective way for our family to get around.

My mom drove a minivan for about 8 years. Apparently minivans aren’t very cool, so 2 years ago she traded it in for a Hyundai Santa Fe SUV. She is the only person who liked that car. There wasn’t enough room in the back for me and my brother and sisters, my dad complained that there wasn’t enough leg room in the front, there weren’t enough cup holders, there wasn’t enough storage in the back for all of our stuff, and there was no DVD player. A year later she finally wised up and traded the Santa Fe in for another minivan because she said she was tired of us complaining, fighting, and swinging the doors open in the parking lot and dinging other people’s cars.

Something important you should know is that minivans in Europe are not the same size as minivans in the United States. We learned this lesson when we went to Ireland a couple of years ago. My grandma came with us. When we got there, we couldn’t fit our four suitcases in the back of the minivan. In America, this would have been no problem. But in Ireland, there was no way for us to get seven people and our four suitcases into the minivan. As chance would have it, the zipper on our large suitcase broke on the way to Ireland in the checked baggage. My mom had left room in the other two suitcases so we could bring home souvenirs, so ended up taking everything from the big suitcase and transferring it to the other three suitcases and throwing the big suitcase away. We still barely managed to squeeze into that minivan on the ride to the hotel! Luckily we had decided to stay in one place for the whole trip, so the only time we had to squish everything back into the minivan was when we went back to the airport for the plane ride home.

I totally didn’t understand why European minivans were smaller than American ones, until we started driving around. There are not nearly as many people driving minivans in Europe as there are in America.

First, everything in Europe was built hundreds of years ago before cars were invented. The roads in cities are very narrow. Cities were not built with garages, so finding a place to park your car in Europe is very hard. In Europe we usually we have to park our car a half-mile to a mile away from our hotel in a parking garage that is not part of the hotel.

Europeans have smaller families, so they usually drive smaller cars. Most Europeans also usually only have one car per family. With so many smaller cars, parking spaces are usually a lot smaller. Parking a minivan can be very challenging when you’re trying to get it into a space that’s really meant for mini Cooper. (My mom put a really nice dent in our rented minivan in Sienna, Italy, last October trying to park in a miniscule parking space next to a cement pylon. Always get the extra insurance when renting in Europe.)

In Europe, cars are more expensive to buy, and so is the gasoline. Gas costs almost four times more in Europe! So it is much easier and more economical to own a smaller, more fuel efficient car in Europe.

On our most recent trip to Italy, we had a tragic accident in our minivan due to the lack of trunk space. On the last day of our trip we were driving from Venice back to Rome. Our suitcases were very full, and we were barely able to close the hatchback. About an hour into the trip, the hatchback sprung open while we were on the highway. There was a paper bag with my stuff sitting on top of the suitcases that flew out immediately. I watched as my headphones, pens and paper, the leather backpack I got in Venice, and a bunch of other stuff was smashed to smithereens by a semi-truck behind us. My older sister leaned over the back seat and was hanging on to the suitcases for dear life so they didn’t fall out too as my dad pulled off to the side of the road.

The moral of this blog is that, even if you rent a minivan in Europe, you still have to pack light because when they say mini, they really mean it! 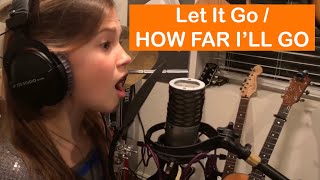